Spiritual Energy: what it is and why you should care

It’s very likely that you’ve heard the phrases “spiritual healing” or “spiritual energy” used in some capacity, and increasingly more lately as the world awakens to the power of spirituality and more ancient practices makes their way into the mainstream. But, what exactly is spiritual energy? What can be used for? Who practices it, and how?

Spiritual energy healing is a beautifully diverse, vast and encompassing field, with methods and modalities ranging from ancient healing practices (many that are over 4 millenia old) to new earth healing technologies. Curious to learn more? Read on! 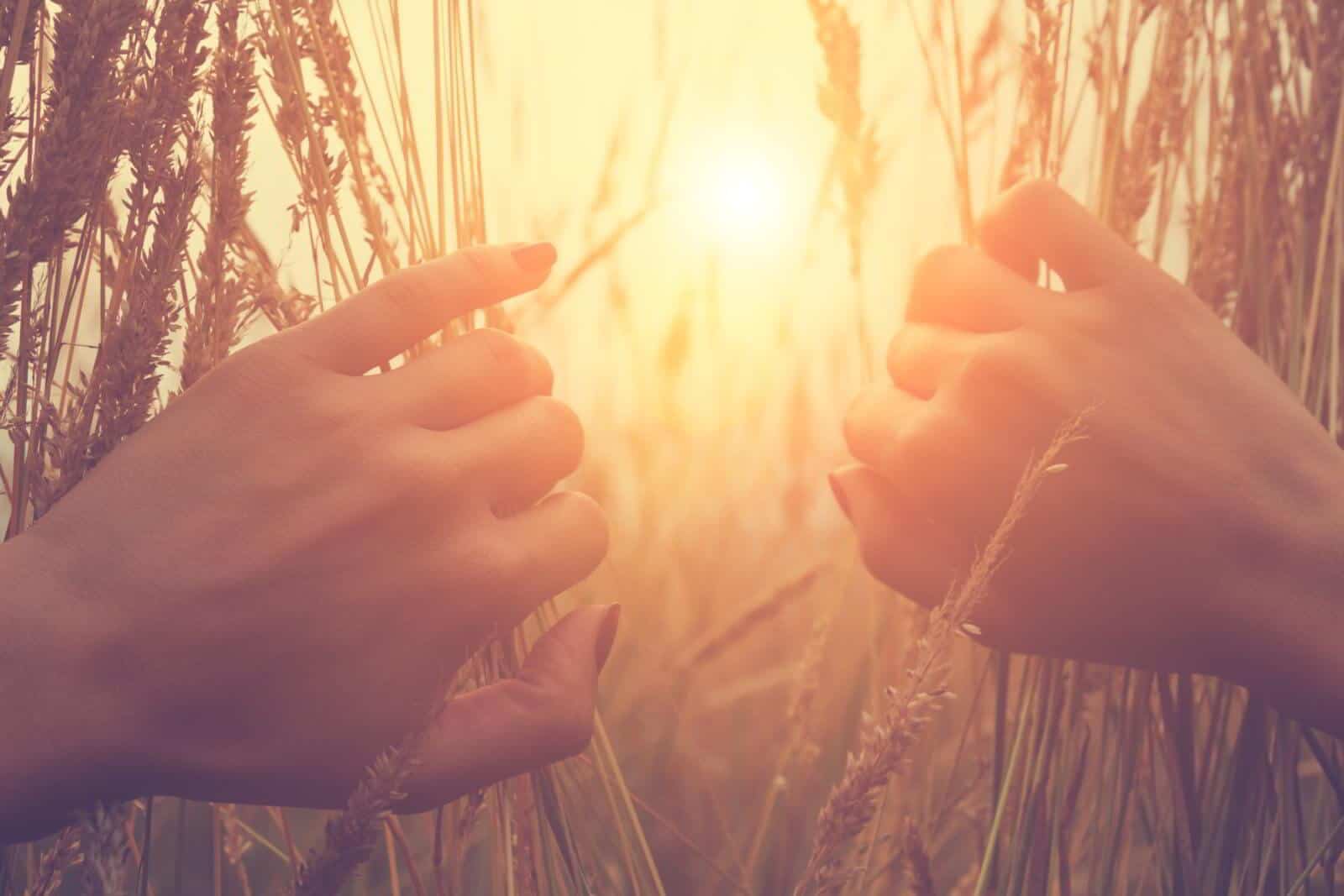 What is spiritual energy healing?

The true answer to this is very broad and vast, but speaking generally, spiritual energy healing is any holistic healing practice that works on the body’s subtle energy bodies to remove blocks, clear stagnation, bring healing energies, and/or promote spiritual cleansing of negative energy In doing so, the body’s innate healing ability is activated, and the body and mind begin to heal themselves.

And it’s becoming increasingly popular. According to the NCI, energy healing is “A form of complementary and alternative medicine based on the belief that a vital energy flows through the human body. The goal of energy healing is to balance the energy flow in the patient. It is used to reduce stress and anxiety and promote well-being. Energy healing is being studied in patients receiving cancer therapy, to find out if it can improve quality of life, boost the immune system, or reduce side effects. Also called energy therapy.”

There are so many types of energy healing, and they all utilize unique tools and techniques.

As mentioned above, energy healing is an ancient practice (4 millenia old in many cases!) with deep cultural and spiritual roots. Some of the oldest known types of energy healing originate from Asia. The Chakra system, practiced in Yoga and Ayurveda, originated in India between 1500 and 500 BC and were first described in ancient Hindu texts like the Vedas.

Reiki, the ancient Japanese tradition of energy healing that incorporates moving stuck energy through the body, dates back to the early 20th century.
The idea of energy meridians, the pathways in the body that our energy flows through, originated in traditional Chinese medicine and eventually led to the practices of acupuncture and acupressure.

What unites all of these modalities is that they’re intended to activate the body’s natural healing ability through harnessing the power of our internal energy systems.

In our modern times, some of the most popular and accessible forms of healing are similar: reiki, acupuncture, yoga, reflexology and massage. There are also many other, newer forms for energy healing, such as Theta healing, intuitive healing and Sacred Soul Alignment. 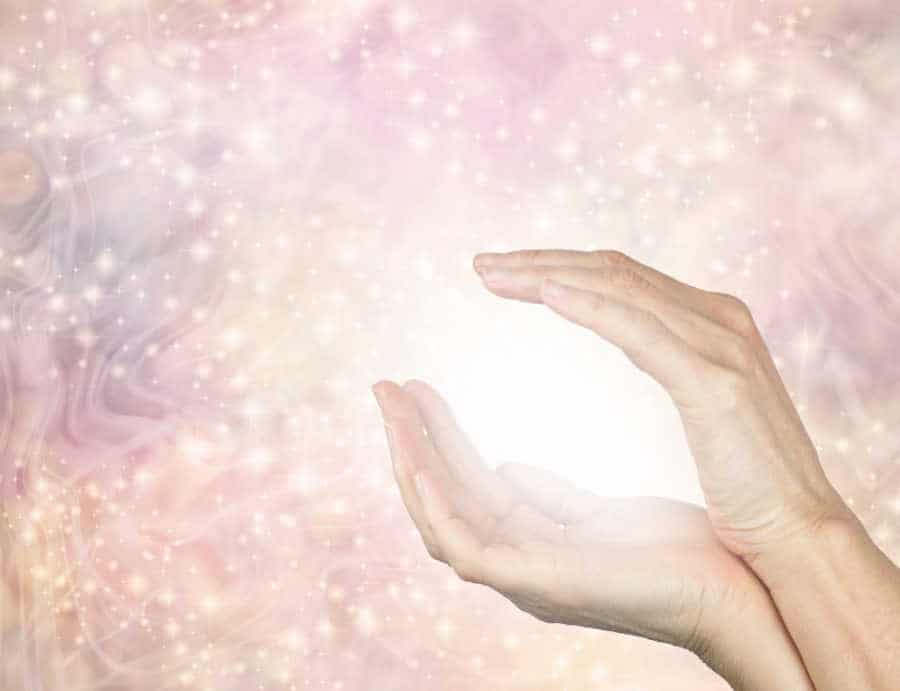 Believe it or not, there is a strong scientific basis for energy healing, and new studies emerge almost every day that confirm what ancient traditions have long known to be true.

Dense energy (whether in a person, place or thing) is simply the result of lower frequency vibrations, whereas light/open energy is a result of higher frequency molecular vibrations. By altering the flow and frequency of those vibrations through energy healing practices, we can quite literally alter the physical composition of someone or something. Science!

Yes! I want to join the Sacred Soul Alignment Certification 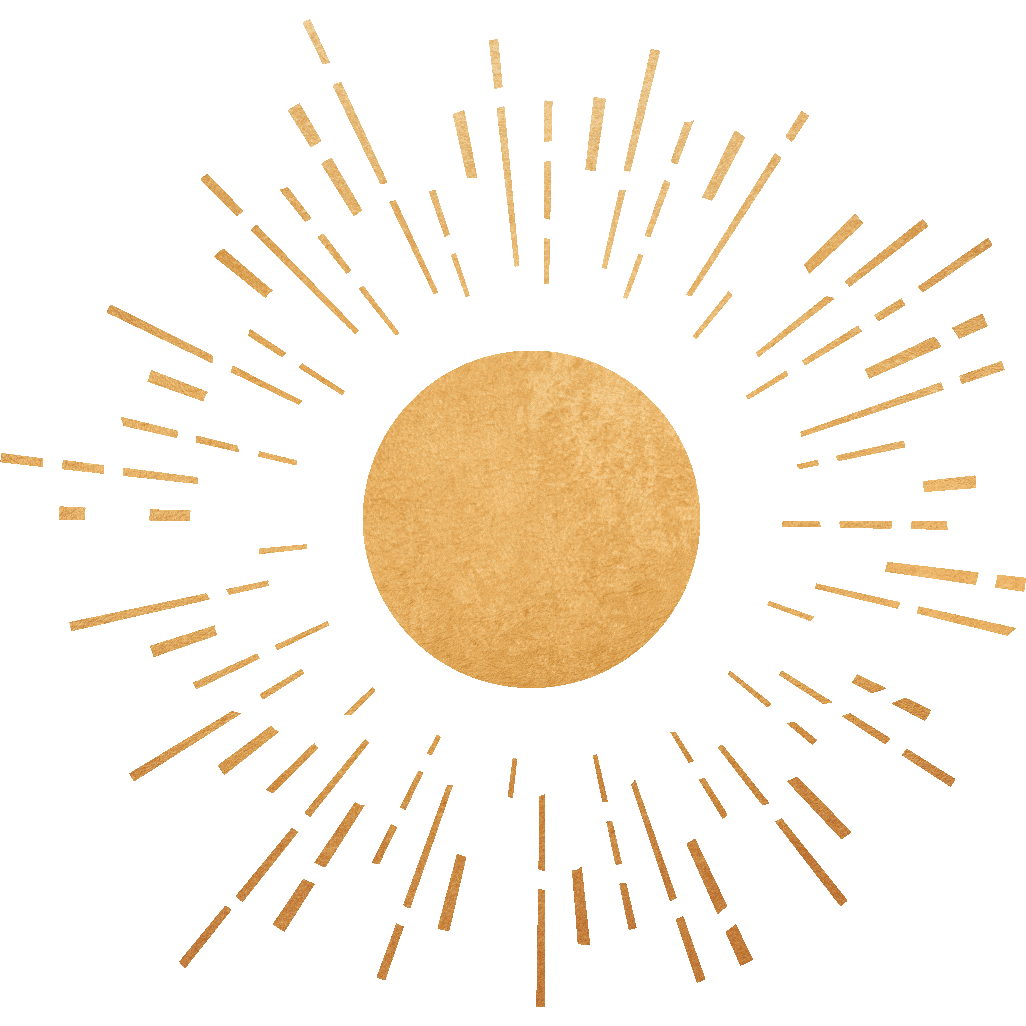 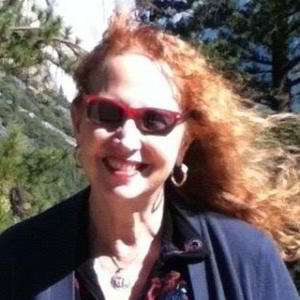 “No other modality is like this…..the fact that you can do healings on the run is fabulous. The healings can be done anywhere, any time. I would recommend the Sacred Soul Alignment class to everyone!”

“Whether you want to self-heal and be able to help your friends and family, or you have a calling as a healer, this program is essential! I don’t know how I ever did without it! I am so grateful for having taken the classes. Not a day goes by without my utilizing these tools… they have become an integral part of my life.

Personally, I have never felt so free, so unburdened …Through the process of learning Sacred Soul Alignment you begin to heal. You gain a stronger sense of who you really are and what you are capable of doing. You can feel the inner space you hold expanding.

Your bandwidth opens up and your heart bursts in gratitude and into bliss. Elysia protects and supports you as you heal, in order to become a better healer of yourself and others. She is a way-shower on the road to ascension! “ 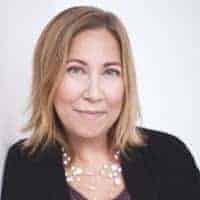 “It has been a true blessing to work with Elysia not only in her certification program but as well as in several of her group and online courses.”

“I have had the pleasure of taking several courses from Elysia and she is simply amazing. She is very patient and explains everything in detail.

I am also blessed to be one Of Elysia’s Certified Soul Alignment practitioner and this is one of the best investment that I have done in my business and for myself. This was the missing piece that I needed to officially launch my healing business as well as to download the missing piece in bringing my own healing modality into the world, it has allowed me to release some past life stuff that was holding me back. It has given me a clear direction in where I am heading in my life and business. I have seen magic happen to not just me but my clients.

Elysia is such a gifted healer, spiritual teacher and mentor. It has been a true blessing to work with Elysia not only in her certification program but as well as in several of her group and online courses. Thank you Elysia for being one of my earth angels and goddess. I am so blessed to have you in my life as one of my mentors.”

Who can benefit from spiritual energy healing? 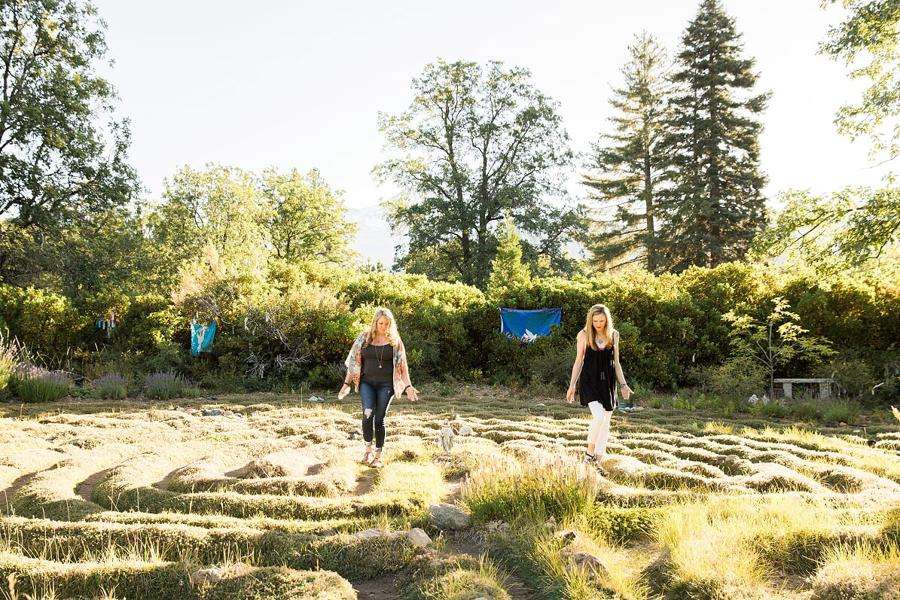 The simple answer: anyone and everyone! Even if you don’t totally understand the “how” behind it, you can benefit from a session with an energy healer. It’s excellent for anyone experiencing fatigue, disconnection, anxiety, stress or a general sense of feeling down or low. It’s also good if you feel okay but want to feel even better.

Energy healing is also an excellent complimentary practice for physical dis-ease and illness, particularly for chronic pain or autoimmune disorders. It can go hand in hand with western medicine practices and allow you to approach any issue in a deep and holistic way.

Sacred Soul Alignmentis a unique and potent energy healing modality that leads to transformational healing on all levels of your being. It elevates your ability to co-create your life with ease and it creates a deep connection with the magnificent higher frequencies of Pure Source Energy.

The Alignments work beautifully with any other healing methods or processes you may already be using and the many various ways the Alignments can be utilized is limited only by the imagination (I am constantly discovering new ways to integrate Sacred Soul Alignments into my life and healing practice).

The Alignments will also connect you to your own Divine Aspect so you can easily channel healing energies and accurate insights and wisdom for yourself and for those you heal.

The truth is that life can change in an instant for good, healing does not have to take forever, and we can tap into love, joy, bliss and abundance at any moment, and make those experiences our new reality!

Sacred Soul Alignments does this by transcending the boundaries of time and space. These Alignments can rapidly accelerate spiritual expansion while amplifying your manifestation and co-creation abilities to the highest level. You’ll experience transformations on all levels of your being as you step into your highest potential and become a human expression of the divine. 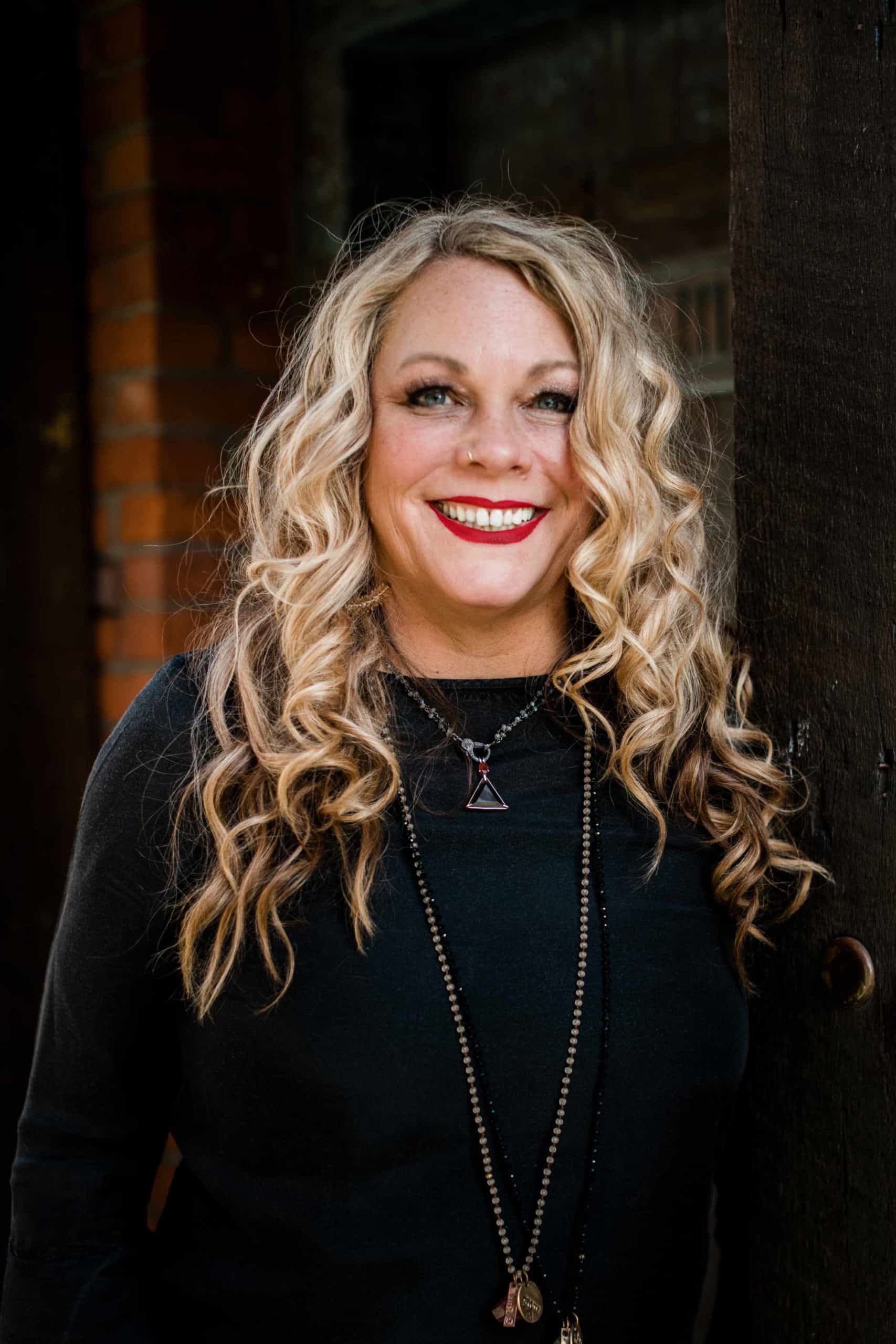 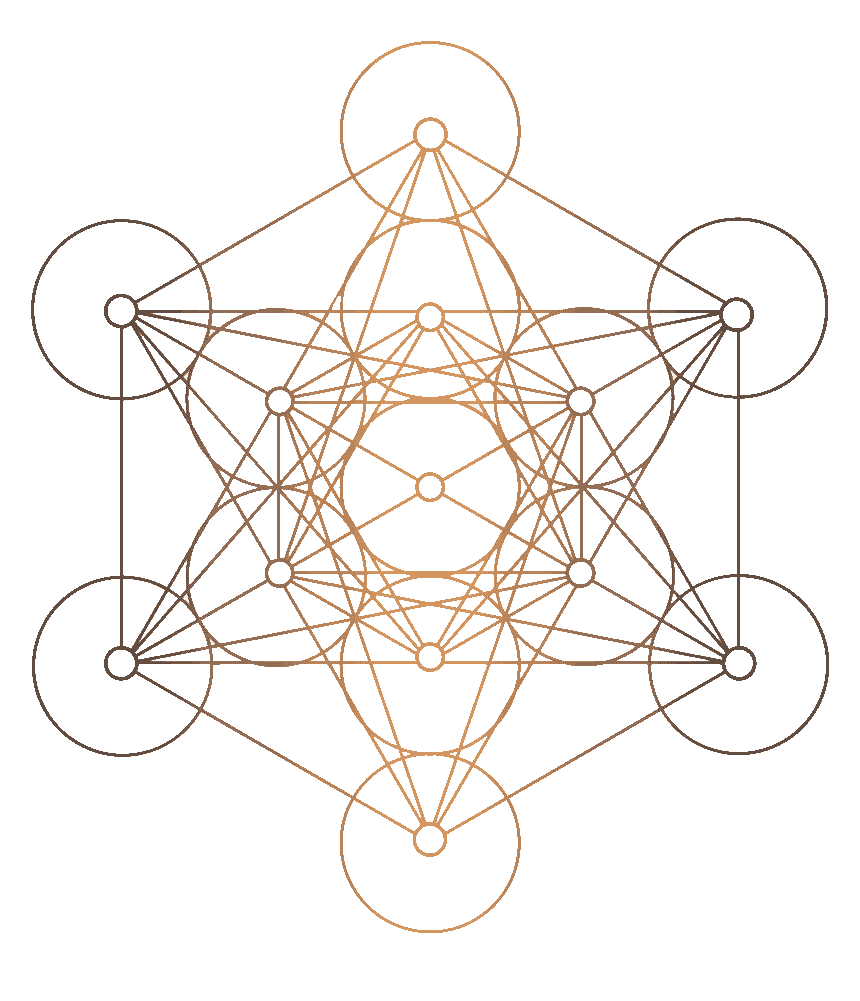 Get the benefit of spiritual healing from home

While the deepest and most impactful work is often done with a practitioner or teacher, there are many ways you can experience the benefits of energy healing at home. It’s also good practice to keep up your energetic hygiene through these simple practices.

Taking Himalayan pink salt or epsom salt bath, burning energy cleansing herbs like mugwort, and surrounding yourself with crystals are all good ways to cleanse. Additionally, yoga and meditation are both wonderful.

With an open mind and a bit of exploration, you’ll be well on your way to diving into the magical world of energy healing. 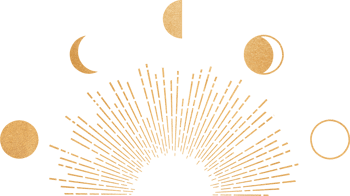